Iranian calligraphy means calligraphy or writing along with creating beauty, and the person who does this process is called a calligrapher, especially when calligraphy is a person’s profession.  Sometimes it is difficult to understand calligraphy as an persian art.

It seems that in order to understand and enjoy the visual experience of calligraphy, we must know that in addition to writing a text, calligrapher has tried to create a work of traditional art with aesthetic values. [1]  Is.  Also, since this art has aspects of tradition at its heart, it must be distinguished to some extent from typography, which is based on modern graphic values ​​and printed works.

Calligraphy is found in almost all cultures, but in the Orient, and especially in Islamic lands and Iran, it is very important among the visual arts.  Islamic calligraphy and moreover Iranian calligraphy is a balance between all its components and elements.

The balance between being useful and consumable on the one hand and its dynamism and deformation on the other;  The balance between form and content, which with all its elegance and softness can provide the right shape for different meanings.

If we consider that Islamic and Iranian calligraphy is formed based on very specific forms, rules and systems, and each of the letters of different pens has a special form system, and to a large extent, it is unchangeable.  We then find out what an amazing invention and observance the creation of new pens or the personal methods of calligraphers arises.

In calligraphy, the size of each letter and its relation to other letters is determined with great precision, and each letter becomes a fixed “module”, the violation of which is ignoring a centuries-old agreement that is always between the calligrapher and the audience and with the consent of both parties.

Even the order of the words was determined on the basis of certain principles that were formulated and presented by the great masters in the “calligraphy” and the “etiquette“.  The placement of the words – “chair” – each line, though not entirely predictable and tasked – which was impossible – but in the form of “desirable taste” had its own proposed aesthetic context.

While most of the conversion of ordinary words into artistic calligraphy was done by Iranians, Iranians gradually developed their own styles and methods in calligraphy.

Although these innovative methods and pens are popular in other Islamic countries, they are mostly related to Iran and its influential countries such as Central Asia, Afghanistan, Pakistan and India.  In this region, calligraphy has always been considered as the highest form of visual arts and has a special subtlety.

Mir Ali Tabrizi founded the Nastaliq script by combining the Naskh and Ta’liq scripts.  The most famous calligrapher of the Qur’an in this period was Baysanghar Mirza.

What are known as Iranian calligraphy methods or pens are mostly invented and used to write non-religious texts such as poetry collections, fine art pieces, or for administrative correspondence.  This is while the calligraphy was more religious and sacred for the Ottoman Arabs and Turks.

Although they also use more pens for secretarial and non-religious affairs, the peak of their art – unlike Iranian calligraphers – can be seen in the line of wealth and copying and writing of the Qur’an and hadiths.

In Iran, too, for religious matters such as writing the Qur’an or hadiths and narrations, as well as inscriptions in mosques and religious schools, the use of Iranian calligraphy and manuscripts were more common, which is more common among the Arabs.  However, the Iranians have also created their own distinct methods in these pens. 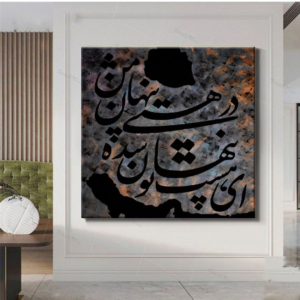 versions;  Maybe a copy of Kofi

Ibn al-Muqalla, due to the strictness of the Kufic script, was trying to extract an easier version of this script.  To create the copy, he placed the line circuit on a circle and a surface and wrote a Qur’an on this line.

However, some believe that the Naskh script was created and paid for in order to eliminate the shortcomings and complete the Kufic script, or “Ibn Muqalla” only culminated this script and was not its creator.  Ahmad Nirizi is one of the most famous Iranian manuscript writers who was the founder of a special style of manuscript in Iran.  The seventh century is the golden age of the life of Naskh due to the presence of ruby

If you come across a line in which the shapes of the letters are one-handed, uniform and of course large, put your guess on the researcher line.  For more certainty, pay attention to the space between the letters.

This line is written at regular intervals without interruption, and sometimes the previous letters are the space for their next letters.

This line is called a researcher because it can be read without any problem at a glance. 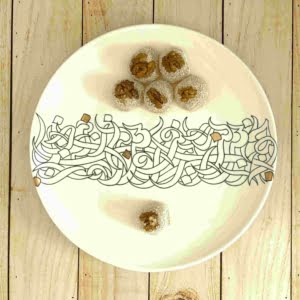 Suspension can be considered as the first line of Iranians in Iranian calligraphy  that was born in the seventh century.  The lifespan of the suspension reached one hundred years and gradually declined.  This line, which is itself a combination of Naskh and Raqa and one of the foundations of the Nastaliq people, was legalized by Khajeh Taj Salmani.

To recognize this line, you must be careful with the movements of the pen.  Numerous circles, circular letters, and the ability to create new compositions are the hallmarks of the suspension.  This line can be used by those who are old in Iranian calligraphy because of these complexities, and it seems a bit tedious for the next few days.

Thank you for reading our article to the end

Setting boots in style is a very smart choice, especially…

History of chess and Rules of chess game

Persian chess is one of the very old and attractive…

Benefits of using a Backpack

An Iranian backpack is one of the Persian accessories that…

The History of the use of women’s skirts

If we were to name just one type of clothing…

We Ship to Over 100 Destinations