When many people hear the word minakari, they think of painted blue plates and bowls. Dishes that have previously adorned the tables of many Iranian homes. For almost 5,000 years, these wares have been made. Only monarchs and courtiers could afford these vessels due to their high worth. It is now, however, one of Iran’s most prized handicrafts, with several purchasers. For many years, Isfahan has been the heart of this art, and numerous artists labor in the city’s tiny and large workshops.

Various examples of these handicrafts have been discovered in various locations throughout the globe. The six gold rings in Cyprus and the Zeus (King of the Gods in Greek mythology) statue in Greece are examples. However, several examples in Iran have prompted specialists to believe that Iran was the birthplace of this art. The art eventually spread throughout Europe as a result of battles or trade. persian earrings, gold armlets, and a brass dish were all discovered in minakari during the Achaemenid period. These masterpieces are housed in internationally renowned museums, and their authenticity has been verified.

minakari is a metalwork technique that uses gold, Persian silver, and copper. This is done with a lot of heat. This painting was traditionally done in gold and silver. As a result, it had a high monetary worth. Today, this work is also done on copper, which is why it is less expensive. In southern Iran and Ahvaz, it is still done on gold. 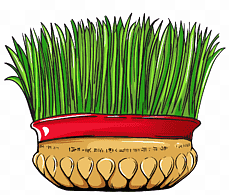