Iranian architecture or Persian architecture (Persian:مهرازى ایرانی) is the architecture of Iran and parts of the rest of West Asia, the Caucasus and Central Asia. Its history dates back to at least 5,000 BC with characteristic examples distributed over a vast area from Turkey and Iraq to Uzbekistan and Tajikistan, and from the Caucasus to Zanzibar. Persian buildings vary from peasant huts to tea houses and garden, pavilions to “some of the most majestic structures the world has ever seen”. In addition to historic gates, palaces, and mosques, the rapid growth of cities such as the capital, Tehran (Architecture of Tehran) has brought about a wave of demolition and new construction. 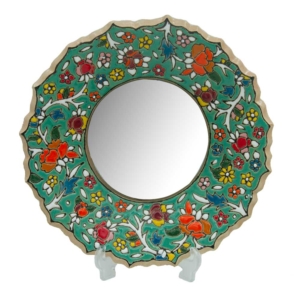 Iranian architecture displays great variety, both structural and aesthetic, from a variety of traditions and experience. Without sudden innovations, and despite the repeated trauma of invasions and cultural shocks, it has achieved. Its paramount virtues are: “a marked feeling for form and scale; structural inventiveness, especially in vault and dome construction; a genius for decoration with a freedom and success not rivalled in any other architecture”.

Iranian architecture is based on several fundamental characteristics. These are:

Overall, the traditional architecture of the Iranian lands throughout the ages can be categorised into the seven following classes:
•    Pre-Islamic:

* The Pre-Parsi style : The “Pre parsi style” is a style (sabk) of architecture when categorizing the history of Iranian architecture development.

The oldest remains of architectural elements in the Iranian plateau is the Teppe Zagheh, near Qazvin. Elamite and proto-elamite buildings are also covered within this category.

Examples of this style are Pasargad, Persepolis, Mausoleum of Maussollos, Palace of Susa, and Naqsh-e Rustam.

This style of architecture includes designs from the Seleucid, Parthian, and Sassanid eras, reaching its apex of development by the Sassanid period.

Examples of this style are Nysa, Anahita Temple, Khorheh, Hatra, the Ctesiphon vault of Kasra, Bishapur, and the Palace of Ardashir in Ardeshir Khwarreh (Firouzabad).