The history of Iran, commonly also known as Persia in the Western world. Is intertwined with the history of a larger region, also to an extent known as Greater Iran, comprising the area from Anatolia, the Bosphorus, and Egypt in the west to the borders of Ancient India and the Syria in the east, and from the Caucasus and the Eurasian Steppe in the north to the Persian Gulf and the Gulf of Oman in the south. 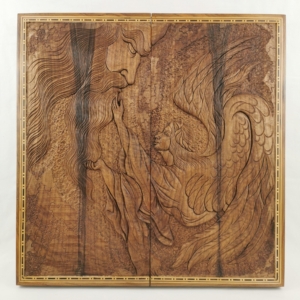 The first dynasty of the Persian Empire was created by Achaemenids, established by Cyrus the Great in 550 BC with the conquest of Median, Lydian and Babylonian empires. It covered much of the Ancient world when it was conquered by Alexander the Great. Persepolisis the most famous historical site related to Persian Empire in the Achaemenid era and it has been a UNESCO World Heritage Site since 1979. 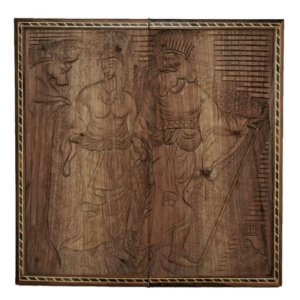 The name Persia comes from a specific province within the Persian empire, in what is today southwestern IRAN. Here, in Pars (or Fars), the people spoke a language related to other peoples in INDIA and Europe, but different from the Semitic peoples of Mesopotamia to the west.

Persian art is one of the richest art heritages in world history and have been strong in many media. Including architecture, painting, weaving, pottery, calligraphy, metalworking and sculpture.