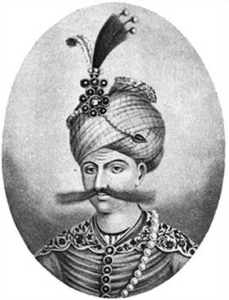 Shah Abbasi Design is one of the most beautiful and oldest designs that are implemented in Persian handicrafts, including carpets. It is one of the cultural symbols and signs of the history and tradition of ancient Iran, which shows itself beautifully in art and handicrafts.

Shah Abbasi’s designs are inspired using foliage and animal motifs among them, which have circular, arched, and geometric lines, this will intertwine and evokes in the viewer’s mind a garden full of flowers. They are surrounded by wide and narrow borders and are patterned next to each other in order.

In the following article home decor, we suggest following the section until the end of Persis Blog.

You may have seen Shah Abbasi Design more Persian carpets. These beautiful designs together with make the Iranian carpet look special and you cannot find an example of it anywhere else in the world. In many parts of the world, Iran is known for its carpets, and we owe this beauty of carpets to a large extent due to the Shah Abbasi pattern.

The numerous designs and patterns placed on the carpet show a nation’s culture and originality. Because carpets and kilims woven by Iranian artists are mixed with verve and Persian art, they now play the leading role in the world. Shah Abbasi pattern is one of the common designs and styles are woven in handmade carpets of different regions of Iran, which is very beautiful and unique.

The designs that are implemented on these carpets are masterpieces of art and skill of Iranian masters and artists. Shah Abbasi patterns are one of the most popular designs on Iranian carpets and have been seen on Iranian carpets in the past. It should be interesting for you to know that this design is different in each city in Iran, for example, the design in Tabriz is woven using a completely different pattern compared to other cities. The beauty and uniqueness of the designs that are implemented on Iranian carpets are so mesmerizing that it has many fans all over the world.

During the reign of Shah Abbas, the use of the art of weavers and skillful designers caused a significant change in the field of carpet production, which is still the main feature of Shah Abbas’s carpet designs and patterns. Arabesque designs and common flowers in the carpet designs of this period are among its most important features. However, the textures of the Safavid period, which have their roots in Iranian history, culture, and art, can still be seen, so that artists can use them to create beautiful patterns on carpets.

As mentioned, the Shah Abbasi carpet is woven by Iranian artists in many cities of Iran, including Tabriz, Kashan, Mashhad, and Isfahan; But if we look at the history of this carpet, we can see that the most important city in which Shah Abbasi carpet was woven from the beginning is the city of Isfahan because it was the capital of Iran during the Safavid period.

At present, it can be seen that Shah Abbasi Design is used in weaving many handmade carpets because the unique beauty of this carpet has been noticed by Iranians and foreigners. In the meantime, the Shah Abbasi flower is the most important design of the Shah Abbas carpet, which is said to have originated and formed in the pre-Safavid period; This flower is called lotus, which has been seen on Persian dishes of pre-Islamic times. In general, Shah Abbasi’s carpet patterns, which are decorated with this beautiful flower and are composed of classic patterns and shapes of Shah Abbas’s time, are very beautiful and unique.

The lotus flower in various shapes and methods, after the eight-feathered flower, is the most widely used pattern in carpet weaving from the past to the present. This design is widely used even in Herati designs and Caucasian carpets. This flower was the most common pattern in the Safavid period and for this reason, it is known as the Shah Abbasi flower.

Note that these designs can be seen in the carpets of Mashhad, Tabriz, Isfahan, and Kashan. It is also necessary to know that other important designs implemented on Shah Abbasi carpet include items such as Shah Abbasi Persian bergamot, Shah Abbasi elastic, Shah Abbasi Afshan, corner frame, thin and woven corner frame design, diesel model minarets, small minarets, animal designs, design of Sheikh Safi and the design of the tree.

The background of this type of carpet is completely covered by crumpled leaves, Arabic and Chinese flowers, and curves and arc lines. In some designs, animals can be seen between the leaves and branches. All these designs are covered with narrow and wide margins. Margins include roses, palm leaves, or some Persian geometric patterns. The palm flower design has no central medallions and four corners of the background. Despite the duplicate palmette flower pattern throughout, the lower row designs are not repeated in the upper rows and only form the middle part of the carpet frame.

Shah Abbasi’s design with images of animals is usually woven in Kerman and Qom. These designs incorporate a variety of artist ideas into a combination of traditional images and animals. The carpet design is full of Shah Abbasi and Chinese flowers surrounded by corners and edges containing animals. In this design, deer, wolves, lions, and gazelles are scattered in perfect harmony with the twisted branches in the carpet motifs. 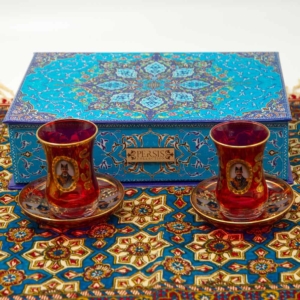 In addition to the beautiful patterns and great care that has been used in the texture of Iranian carpets, another thing that has made this Iranian art popular and famous is the colors used in it. Because the colors that are used in the texture of various carpets, including the Shah Abbasi carpet, are so happy and lively that it delights everyone. In Shah Abbasi Design carpets, different colors can be used without restrictions and double the beauty of this carpet.

It is necessary to know that fewer carpets can be found with this design in which less than four colors are used. Dark and light lacquer and pea are usually used for the carpet background, and crimson and salmon colors are used on the edges of this carpet. Other colors used in the Shah Abbasi carpet include jujube, indigo, Persian turquoise, green, blue, beige, and cream. Another point is that the colors used in these rugs are usually obtained from natural colors, which can be a sign of the originality and uniqueness of this carpet.

This pattern has a very old history, which is also related to its name. Since Shah Abbasi Design goes back to the word Shah Abbas, we find that this pattern is related to the Safavid period and the reign of Shah Abbas Safavid.

At present, it can be seen that Shah Abbasi Design is used in weaving many handmade carpets because the unique beauty of this carpet has been noticed by Iranians and foreigners.

In addition to the beautiful patterns and great care that has been used in the texture of Iranian carpets, another thing that has made this Iranian art popular and famous is the colors used in it.