Miniature is one of the most attractive painting arts in Iran, which establishes a good relationship with its audience. The art of painting and miniature is used in a variety of Iranian handicraft products.  The purchase of Isfahan miniatures was done in order to beautify the home and office space, and due to the popularity of miniature art in Iran, the sale of various miniature paintings has a special place among art lovers.  persian painting is optimized according to the culture and customs of our country and in some paintings can see the religious, national and artistic elements of our country.

Prominent professors are working in this field, such as Professor Hossein Behzad, Professor Mahmoud Farshchian, Mohammad Baqer Aghamiri, Professor Hadi Tajvidi and Rasoul Motamedi, Miniature painting has its own beauty and elegance, so miniature  Iranians have a special place not only among our country’s art lovers but also among those interested in painting and miniature art in other countries. 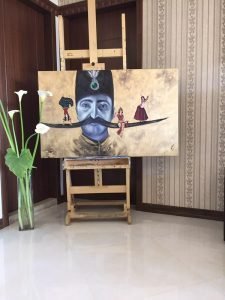 Miniature art in Iran is based on the principles of professional painting and its combination with other handicrafts has given a special value to Iranian handicrafts. Painting of Isfahan and Tabriz schools is inspired by Safavid art, so it has much in common.  Today, to buy Isfahan miniatures in the form of miniature paintings and also Tabriz miniatures, you can easily apply through the handicraft store online.

What are paintings and miniatures?

Miniature in the word and in the general sense, is a kind of painting in small size.

The word miniature is actually derived from the word Minimum Natural, the first word means delicate and small and the second means nature.

For this reason, miniature painting is called the art of depicting nature in small size and dimensions, which includes all the details and does not mean showing part of an outline, which also has Latin roots (red soil and red lead)  ), Its illustration dates back to ancient or medieval history, when it was used to decorate old books in the margins of the pages with warm pigments. From the Middle Ages to the second stage of human history, new periods began  Which dealt with the general concept and value of the miniature position.

With the emergence of this work of art as a new style of painting, small illustrations became popular, Of course, if we take a closer look at this issue, this technique has been used in ancient times, but it has not been very common and official. 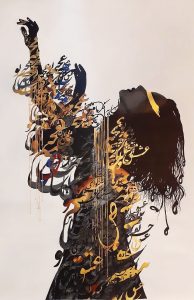 In general, we should divide the miniature into three parts or types:

The first and second types of miniatures are Iranian and Indian: because in both styles, story books were gilded and illustrated with Miniatures, we put both in the same category.

The third type of European miniature: gilding copies of famous and authoritative books, religious figures and events with the help of bright colors, silver and gold, and then small European images fall into this category.  This type of style is influenced and inspired by the Iranian style, which was popular even before the advent of Islam with the gilding of authoritative books such as the Shahnameh.

With an artistic and meticulous look, we realize that the colors used in painting are divided into two categories of mental and physical colors.

human feelings and emotions in the form of delicate designs and motifs of miniature art to be much easier and more accurate to the inner states and emotions of natural origin and good nature. Man pointed.

Physical colors in Iranian painting: Physical color in Miniature has a much higher concentration and stability.  These types of colors are used for busy paintings and are exactly the opposite of spiritual colors.  In other words, physical colors express any kind of feelings and moods that are in conflict with the subtle human soul.

Iranian painting and miniatures were passed down from generation to generation from the Persian dynasties from the Samanids to the Ghaznavids and the Buyids, and then to the next era.  The style of Iranian painting and painting has been different in each period;  But each conveyed concepts.  According to this history, engravings have existed since pre-Islamic times and then entered the court of the Abbasid rule in the third century AH.

During the Ilkhanid rule in Iran, Iranian painting and miniatures found an opportunity to develop further.

Artists from the city of Tabriz became famous and popular at that time.  It was at this time that the art of calligraphy and calligraphy merged with the art of painting and miniature. 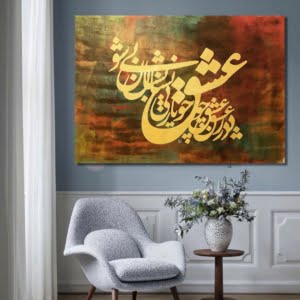 The art of painting

Shiraz school in the art of painting and miniature dates back to the eighth and ninth centuries.

The most famous artists of that time, such as Kamaluddin Behzad, became proficient in this art.  The schools of Qazvin and Isfahan are also related to the Safavid period and around the 11th century.

What is certain is that the art of painting and the art of miniature received much attention for the decoration of mansions and the royal court.

The terms Iranian painting and gilding are used alongside the art of gilding.  The roles and designs depicted for miniature art and painting are varied and limitless.  Colors blend into miniature and painting roles, and you can never tell a particular color from the adjacent color by a definite border.

And you can buy these beautiful paintings to your liking